Are you aware of the changes to required minimum distribution (RMD) rules for retirement accounts including employer-sponsored retirement plans like 401(k)s, traditional IRAs, SEP IRAs, and inherited (but not owned) Roth IRAs in 2023?

These rules have undergone several changes in recent years, starting with 2019’s SECURE Act, so its understandable if you’ve had trouble keeping up.

Here’s a look at the key changes to required minimum distribution rules that went into effect on January 1, what you can do to ensure you take your full distribution, and how to correct a mistake:

The aforementioned SECURE Act increased the RMD age from 70 ½ to 72 starting in 2020, but in the waning days of 2022, the SECURE ACT 2.0 became law, brining additional changes.

The penalty for not taking an RMD is lower

For 2023, that penalty drops to 25% — and it drops further to a mere 10% if you take the amount you were supposed to take within two years. Under the new rules, the potential penalty in the above example drops to a maximum of $1,250, and a mere $500 if corrected quickly.

The SECURE Act changed how inherited IRAs are treated and made things somewhat confusing by creating separate rules for IRAs inherited before 2020 and those inherited after 2020.

RMD rules for accounts inherited before 2020:

Given the amount of time passed, if you inherited a retirement account before 2020, you likely have already been including it in your required minimum distribution calculations — especially if the original account holder was required to take RMDs. However, if you opted to follow the five-year rule — that is, you will empty the account by the 5th year after the account holder’s death — make sure to draw-down any account inherited from someone that died in 2017 (2020 does not count for calculating the five years)

RMD rules for accounts inherited after 2020:

The major difference for accounts inherited after 2020 is that the five-year rule becomes the 10-year rule.

How to Calculate Your RMD

The IRS provides several worksheets to calculate required minimum distributions. If you have multiple retirement accounts, its best to work with a tax professional or financial advisor to make this calculation.

How to Correct an RMD Mistake

If you discover that you didn’t take out enough money, request the amount you need to take immediately. You must withdraw enough from your retirement accounts to meet the annual minimum distribution requirement.

Ask your plan custodian to issue a check, rather than an electronic fund transfer. This makes it easier to document that a corrective action was taken. Make a copy of the check to submit to the IRS.

Write a letter to the IRS

Once you’ve taken the distribution, write a letter to the IRS providing a “reasonable cause” for the error. Your letter should be short and direct. Describe what happened (and why). Also, note that the RMD has since been fulfilled and that you are taking steps to avoid making the same error in future years.

The IRS is aware of how complex RMD rules are and is more likely than not to grant your request if you can show that you have made a good-faith effort to correct the error as soon as possible.

Are there some cases that the IRS is more likely to waive the penalty than others? Yes. You will likely receive forgiveness if your financial institution caused the error. The IRS will also excuse you in most cases because of a serious illness or mental incapacitation.

If you discovered your RMD at tax time, you can attach it to your regular return for that year. However, you can do this only if the incorrect or insufficient RMD happened in the same tax year. If not, you’ll have to file a standalone Form 5329. And if you missed or took insufficient RMDs for multiple tax years, you must file a separate Form 5329 for each year. Note that you must use the form for the year of the missed RMD and NOT the current tax year; fortunately, the IRS website contains annual versions of Form 5329 going back to the mid-1970s.

Be careful in completing this form. Line 54 is not intuitive. You’ll want to indicate $0 and then write “RC” (for “reasonable cause”) to the left of line 54, along with the amount of RMD that you did not take. Do NOT complete line 54 as directed on the form. If you do, you’ll calculate the amount on which you will owe a penalty.

If you write $0, you are indicating that there is no shortfall in the RMD. You don’t want it treated as such—you want the penalty to be waived.

One last piece of advice: do NOT prepay the penalty when you file Form 5329. You’re not required to do so. If the IRS grants your appeal and waives the penalty, it may take a long time to get your prepayment refunded.

When Should I Expect a Response?

Don’t expect to hear back from the IRS for several months after you file Form 5329. If you include it with your tax return, you can assume the IRS has accepted if you don’t receive a bill for the penalty. Be sure to be proactive – if the IRS has to reach out to you, it won’t be nearly as forgiving!

Plan Ahead to Stay Compliant

Even though the penalty for not taking a sufficient amount to satisfy your RMD requirement has been significantly lowered and RMDs can be taken later, nobody wants to give the government more money — or be caught off guard by how much money they need to take out of their retirement account.

Working with a financial advisor to create a comprehensive financial plan will help protect your retirement from unwanted surprises while reducing your stress levels at tax time — and potentially reducing your overall tax liability in the process. Request a no-cost, no-obligation advisor consultation today to learn more about the potential benefits of having a professionally designed retirement plan! 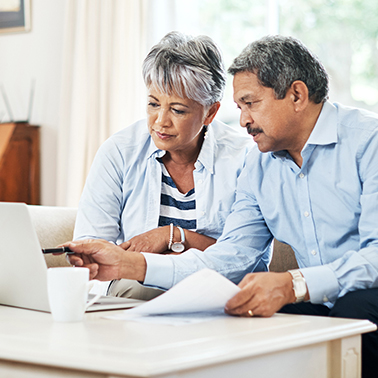